Niacin belongs to vitamin B3 and is good for our health. Niacin is used to treat high cholesterol levels in the body when taken at higher doses and reduce cardiovascular risks. For cholesterol control, niacin is recommended in combination with statins drugs such as lescol1, 3, 5.

Studies have also shown that high doses of niacin do the following5:

Niacin also helps treat atherosclerosis, a condition where arteries are hardened. It is also effective in preventing a second heart attack in people who already had one. It can treat pellagra, a condition where the body does not have the required level of niacin.

Niacin has many uses and therefore used differently. Ask your health provider the right dosage of niacin to use. The amount of niacin to take will depend on your age and other factors: For age and gender, the following dosages are recommended3:

Niacin can also be obtained naturally from some foods we eat. These foods including poultry, fish, meat, eggs, greens, etc. Also many products are nowadays prepared with niacin during their manufacturing2.

What is Niacin Flush?

A niacin flush is a side effect of using niacin. It is characterized by redness and warmth in your face and neck. It usually makes a person uncomfortable but it is not harmful. 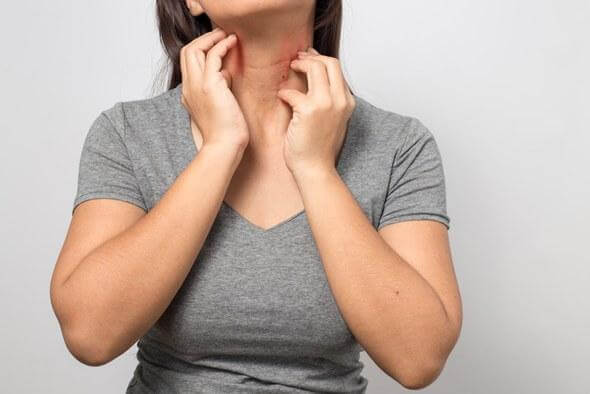 When you experience niacin flush, you will exhibit the following signs and symptoms:

Your skin become red; it may appear as red like sunburn or not a serious flush or mild. You may also experience burning sensation, itching or tingling. These may make you uneasy and may be painful. Your skin becomes warm to touch.

Niacin flush is not dangerous. However, when you take niacin in large doses, it can pose other serious health risks although they are not common.

Niacin can cause damage to your liver and impair its function when used for a long time. Liver is a vital organ in our bodies because it helps remove toxic substances from food and also supports in digesting food. When niacin flush occurs for a long time, it may causes scaring of the liver which can cause it to completely fail to perform its function. This is a life-threatening condition which needs urgent medical attention.

You can know if you have a problem with your liver when you experience the following symptoms:

Another risk of niacin flush is that it may cause stomach cramping. Niacin flush can cause pain in your abdomen. People with stomach ulcers or stomach bleeding should not take niacin because it may worsen these conditions.

When you are pregnant, do not take high doses of niacin because it may harm the unborn baby. Studies have shown that at high doses, niacin can cause your unborn child to be born with serious defects.

Another problem with niacin is that it may not be effective in preventing heart attack. This occurs when a patient fails to follow instructions recommended by the doctor and take niacin in a wrong way.2

There are some steps you can take to prevent flushing such as1:

Take niacin along with other medications

One of the ways through which niacin flush can be managed is by taking it with other medications such as aspirin, antihistamine and ibuprofen, etc. You use these medications only after your doctor has recommended and they are used until you start tolerating niacin and your doctor will advise whether to stop or continue with these drugs.

Taking niacin together with food could help lower flushing. You can take during breakfast, lunchtime or dinner.

Experiment with different types of niacin

Early studies had shown that eating an apple before taking niacin can prevent flushing. These studies compare apple to aspirin and say they have similar effects in lowering flushing. In addition to this, apple contains a substance called pectin which provides protection against flushing.

Niacin flush can make you uncomfortable when you experience it. However, it is not a harmful side effect of niacin treatment and it can be prevented when you take into consideration some of the measures mentioned above. Taking too much of niacin can cause damage to your liver. If you want to take a high dose of niacin, make sure you seek consultation from your doctor who will advise accordingly and even prevent further health complications that may arise when you decide on your own.