What is Fulvic Acid?

Fulvic acid is an acid that occur naturally and is found in humus, a decomposed material on the surface of the earth. It is difficult to obtain fulvic acid from a healthy diet1, 3. 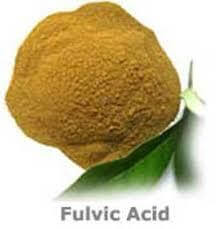 Fulvic acid acts as a vehicle that transports vitamins and other nutrients to their right places in the body. One molecule of fulvic acid is capable of carrying at least 60 minerals and traces the elements to their cells.

Fulvic acid can offer numerous health benefits such as1, 2, 4, 5:

It protects and repairs damaged skin

There is evidence that fulvic acid can protect your skin and cure wounds or itching caused by insect bites and rashes linked with microorganisms. Studies have also shown that fulvic acid is able to relieve symptoms of eczema.

Eczema is a term that describes medical conditions that cause your skin to become inflamed. Atopic eczema is one of the common forms of eczema. Atopic are diseases that are inherited and can develop other allergic conditions such as asthma. The symptoms of eczema include itchiness in the skin and rashes. The rash can form on your hands, feet and at the backside of the knees.

Fulvic acid has been used for a long time to treat skin rashes from spider bites, viral infection and athlete foot. Fulvic acid boosts your body’s immunity against infections.

Fulvic acid has trace minerals, electrolytes and vital nutrients that help people improve their energy levels. Many studies have documented that fulvic aid helps energize the body’s biological process; it assists the body cells remain active when constrained by stress, unhealthy diet and oxidative damage. An electrolyte dissolves in water and is used to conduct electrical currents hence assisting cells to function when they are damaged.

Fulvic acid supplements and its derivatives have been found to improve physiological energy.

Fulvic acid has antioxidant properties that help to neutralize the effects of free radicals. The acid also helps to detoxify the body of harmful substances that promote aging. These toxic substances include the following: radioactive wastes, heavy metals and chemicals used in agricultural activities. Fulvic acid assists to increase the life of the cells and make them more permeable by supplying them with electrolytes.

Fulvic acid is useful in digestion and boosts energy due its detoxifying abilities. Fulvic acid is able to bind and break down harmful substances such as metals that enter the body through water, food, air pollution and medications.

Fulvic acid has phenolates and carboxylate which make it act like natural chelators. This implies that it will form natural chemical complexes that are capable of controlling availability of metals ions such as copper, calcium, iron, and magnesium in the environment and human body.

Several studies have shown that fulvic acid have ion selective electrodes that can attract heavy metals and help filter soil and water. They do this by binding to metals such as copper and iron.

Fulvic acid contains nutraceutical and antioxidant properties that can help prevent cognitive disorders such as Alzheimer’s disease. Alzheimer’s disease is a disease that damages your memory and other vital mental functions. In this disease, your brain cells degenerate and eventually die.

Normally brain cells rely on internal support and transport system to move nutrients and other vital materials all over their additional structures. The transport system needs a protein called tau to perform this function properly.

In case of Alzheimer’s disease, tau protein threads entwine into unusual tangles in the brain cells. This leads to the failure of the transport system which causes reduction and death of brain cells. Damage to free radicals which supply energy and fight pathogens in the body can also cause cognitive disorders.

The use of fulvic acid can reduce the length of tau proteins fibrils and their morphology and halt Alzheimer’s disease from progressing.

It enhances digestion and absorption of nutrients in the body

Having sufficient electrolytes and trace minerals are vital in proper metabolic function, assimilation of nutrients and the health digestion. Fulvic acid contains organisms although in fewer doses that promote improvement in the population of good bacteria in your digestive system. This helps lower digestion problems like constipation.

Taking fulvic acid supplements helps to reinstate your body’s pH. This prevents an acidic environment from being formed in the body which enables fulvic acid to prevent illness from developing and enhances immunity against harmful bacteria, virus and fungus.

Fulvic acid transports nutrients and minerals to the cells and facilitates their absorption by making the cells more permeable. It also relieves inflammation in your digestion system making it easy for nutrients to be absorbed.

Fulvic acid can be taken in the following ways1, 2:

Fulvic acid come as liquid extracts and you are supposed to take around 12 drops at a time with 16-20 ounces of filtered water. Avoid using fulvic acid with chlorinated or tap water because chlorine reacts with fulvic acid and may cause health complications.

When you are using fulvic acid, take it at the time you are eating since it helps counteract and detoxify harmful substances such as pesticides found in food. You can take one before meals or one hour after so as to boost detoxification ability.

There are numerous fulvic acid supplements available but the most known is shilajit. It has been used for a long time and many research studies recommend it.

Studies have shown that fulvic acid is not harmful to many people. It can cause side effects when you take too much of it. There is no research done to demonstrate its effects in pregnant women. Avoid fulvic acid if you are pregnant and breastfeeding.

People with immune disorders such as arthritis or multiple sclerosis should not use fulvic acid unless under the supervision of a qualified health professional.