Talking of hemorrhoids, they are swollen veins in an individual’s anus or the lower rectum, and are similar to varicose veins. They are also referred to as piles. There are various causes of hemorrhoids, but most often the cause is unknown. For example, you may have hemorrhoids that occur due to straining when having bowel movement, they may also occur when there is increased pressure on the veins at time of pregnancy. 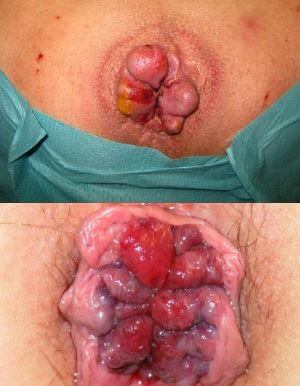 External Appearance of hemorrhoids at anus

While at times, piles don’t cause symptoms, at other times, they can cause discomfort, itching, bleeding, and pain. Occasionally, you may have hemorrhoids that have a clot and they are referred to as thrombosed hemorrhoids. These may not be dangerous, however, they can be extremely painful, which often calls for lancing and draining. That said, hemorrhoids don’t have to make your life miserable because there are many treatment options available. In fact, many people are able to get relief and manage the symptoms using home treatments or just change in lifestyle.

Some key points you want to note about hemorrhoids is that women have increased chances of developing hemorrhoids while pregnant and that as a person ages, their likelihood of having hemorrhoids increases. At times surgery may be needed if conventional treatment methods and home treatment do not work or if the piles are so severe. Although hemorrhoids can be unlikable and painful, it is easy to treat and prevent them.2

If your hemorrhoid pain, then you are not alone, even Napoleon had them, something that distracted him because of severe pain at time of his conquer at Waterloo3. 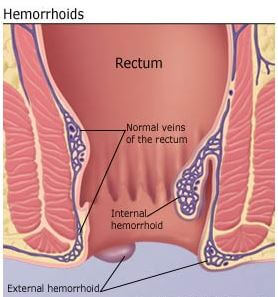 Hemorrhoids may be classed depending on their location and other characteristics.1 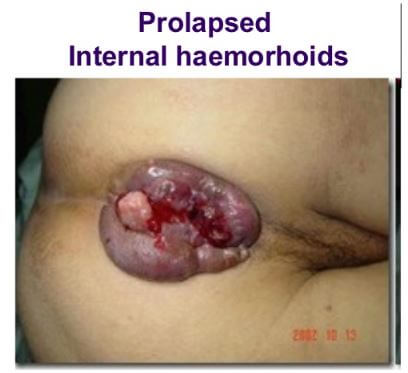 In an external hemorrhoid, you may find blood that has pooled forming a clot or thrombus, this may result in severe pain, inflammation, swelling, and a kind of hard lump forming near the anus. 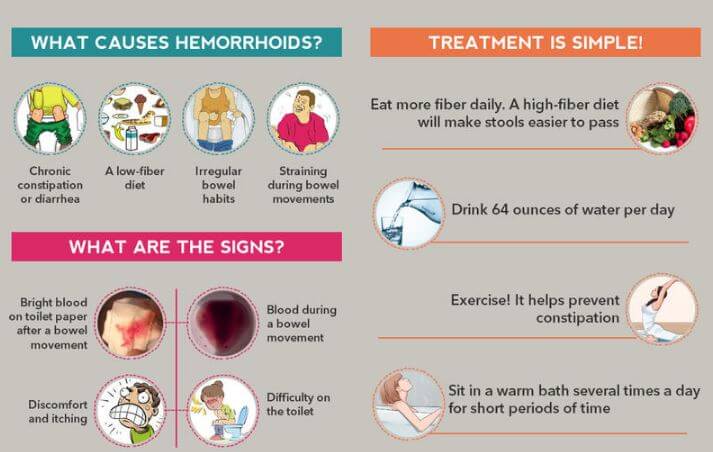 When you have enlarged hemorrhoids, the symptoms may involve1,3:

Some people are likely to develop hemorrhoids if there are family members who had them, for example, if your parents had them. When there is buildup of pressure, especially in the lower rectum, it affects the flow of blood making the veins to start swelling. The pressure may result from:1,2,3,4,5,6

You may be at risk of getting hemorrhoids if you sit or stand for long stretches. Also, you may have piles when you diarrhea or constipate for an extended time. Sneezing, coughing, and vomiting may worsen the hemorrhoids.

How Diet Contributes to Hemorrhoids?

The kind of food you take impacts your susceptibility to get hemorrhoids. If you take a diet that has high fiber, it is less likely that you will have hemorrhoids, however, if you are accustomed to taking a diet consisting of processed foods, then you face a higher risk of getting hemorrhoids.

One of the signs and symptoms of hemorrhoids is bleeding that isn’t accompanied by pain (painless bleeding). You may see some bright red blood on toilet paper, on the stool surface, or dripping into the toilet. The bright red blood shows that the bleeding is occurring in the lower gut and hasn’t been digested or has not passed through the stomach and intestines. If it had passed through stomach and intestines, it would appear in stool as black, tarry stool (melena).

To help determine the kind of pain an individual having hemorrhoids is experiencing, doctors use a kind of grading system that runs along four stages, and they include:3 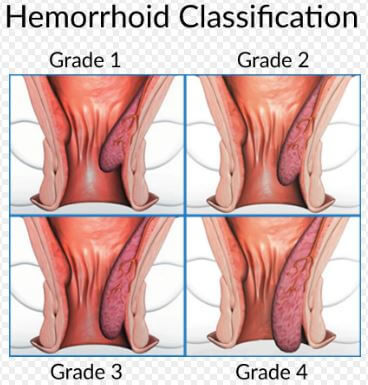 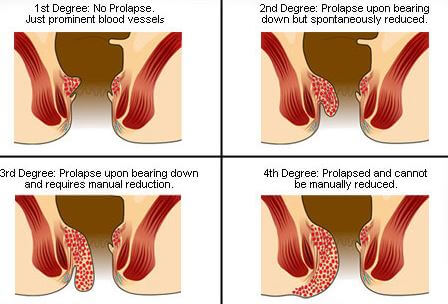 When you have hemorrhoids that bleed, though they don’t prolapse or protrude outside of the anus, it is called 1st degree hemorrhoids. These hemorrhoids are slightly engorged or enlarged.

When an individual has hemorrhoids that prolapse but retract back on their own, then it is the second grade of hemorrhoids. In this case, they bleed or do not bleed. The piles will protrude when you take certain activities for example, when you are passing stool and they return back to the rectum.

You have grade three hemorrhoids if they protrude after you take on some activities like passing of stool, but you have to push them back in using your finger.

The doctor may feel the inside of your anus using a finger that has a lubricated glove or use some other instrument.3,5

Sigmoidoscope and colonoscopy are performed if there is evidence suggesting rectal bleeding or presence of microscopic blood within the stool. These instruments help to rule out any possibilities of other conditions causing bleeding for example, cancer or colorectal polyps.

If you have hemorrhoids that have not advanced to more severe cases, you can treat the symptoms using simple, home remedies. These home remedies for hemorrhoids will prevent occasional flare-ups. 3,4,5,6 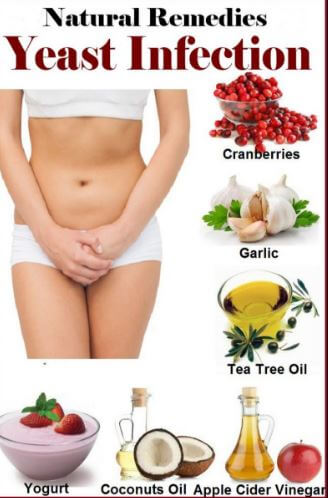 You need to get more fiber into your diet by taking fiber supplements such as Citrucel, Metamucil, or Fiber Con. Also, ensure that you have sufficient fluid to help fiber to soften stool and allow you to easily have bowel movements. Also it helps reduce pressure on the hemorrhoids, something that otherwise could worsen them.

Fiber supplements can help minimize bleeding of hemorrhoids or enlargement and inflammation. Fiber supplements also help to reduce irritation that may be caused by small pieces of stool trapped around the vessels.

You can also take high-fiber foods including beans, broccoli, oat bran, wheat, whole grain, and fresh fruits. If you find that you are having gas or bloating when you increase fiber intake, you can start slowly and then gradually step up the intake to about 25 to 30 grams fiber in a day. Let this go hand in hand with fluid intake, to ensure the fibers work effectively.

You don’t have to get into grueling exercises because they can put pressure on the vessels when the muscles are overworked. So, you want to have moderate aerobic exercises for example, having brisk walk that lasts about 20 to 30 minutes every day. This helps with bowel function.

Have a regular bowel habit

Whenever you have the urge to defecate, you need to go to the toilet immediately. It’s advisable that you don’t hold stool because it can back up creating strain and pressure. Ensure you try to establish a time when you have bowel movement for example, after having a meal.

Taking a warm water bath of the hips and buttocks helps to relieve irritation, itching, and spasms of sphincter muscle. There are small plastic tubs sold in pharmacies that can fit over your toilet seat.

There are over-the counter creams that are made for treating hemorrhoids. These contain a local anesthetic that will temporarily help to soothe pain. Again, suppositories and creams containing hydrocortisone may be effective, however, you are not advised to use them in more than a week because they can lead to skin weakening.

If there is a blood clot, it makes the hemorrhoids to be more painful. In case the pain seems to be tolerable, you can wait for it to disappear on its own, this is especially so if the clot has persisted for more than two days. Just apply home treatment to relief the symptoms. Moreover, if you have had a clot that is more recent, then a surgery may be needed to treat the hemorrhoid or a minor procedure may be performed to withdraw the clot from the vein.

Sometimes, you may find that the hemorrhoids cannot be managed using conservative treatment because you have symptoms that have persisted for a longer period or there is prolapse of internal hemorrhoids. Minimally invasive treatments tend to be less painful compared to the traditional removal of hemorrhoids through hemorrhoidectomy. The procedures also allow for quicker recovery and they are performed as an outpatient surgery or in surgeon’s office.3,5

A patient may need about two to four procedures performed eight weeks apart for the hemorrhoid to be completely eliminated. In this procedure, there may be some complications, though rare, and they include mild pain and tightness, but this can be relieved by having a sitz bath. Infection and bleeding may also occur, but again, they are rare.

Other procedures that are performed in a surgeon’s office and which work on a similar way like the rubber band ligation are infrared or laser coagulation, cryosurgery, and sclerotherpay. However, these may not prevent the recurrence of the hemorrhoids. 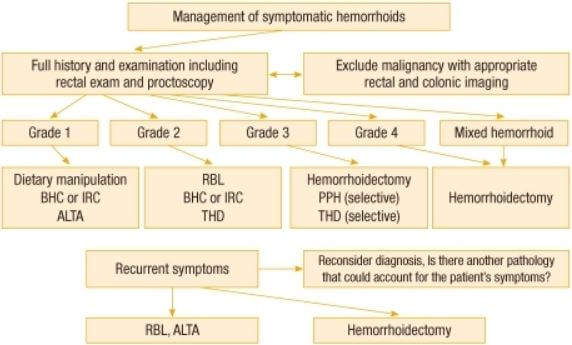 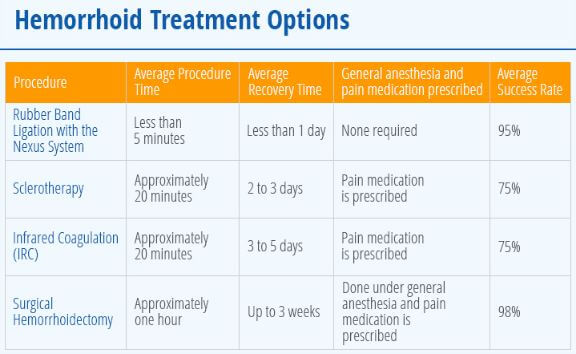 Traditional hemorrhoidectomy has lower complication rates and cures about 95 percent of hemorrhoid cases. It is also painful and therefore a general anesthesia is required. Patients are able to go home same day. After the procedure, a patient may resume work in about 7 to 10 days.5

This is an alternative to the traditional hemorrhoidectomy, and it is done if a patient has prolapsed or bleeding hemorrhoids. In this procedure, a surgeon uses what is known as a stapling device that anchors the hemorrhoids right in their typical position. A general anesthesia is used in the procedure.

A doctor may use heat to help destroy the hemorrhoidal tissue while also promoting inflammation and scarring. The non-surgical treatments include:

With these procedures, they will destroy the tissue found in and around hemorrhoids causing scar tissue. The procedures are used with grade I, grade II, and grade III hemorrhoids. A patient will feel pain but is less compared to rubber band ligation. Also, bleeding is likely to occur.3