Does your stomach grumble even after you’ve just eaten? Ever felt like you can’t eat enough even for one person? You might be suffering from a legit medical condition. Detailed below are all the causes and treatment options for people suffering from polyphagia. 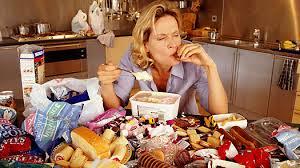 Polyphagia (also called hyperphagia) is a medical condition that exhibits abnormality in a person’s strong desire to eat continuously. It causes increased appetite and excessive hunger which does not go away no matter what or how much you eat. Patients thereby overeat yet do not achieve satiety due to the stimulated appetite.

Polyphagia on its own is not considered a fully fledged disease but rather as a symptom of several diseases that cause it.

Polyphagia has many causes which fall into two main categories. There are physical or biological factors that cause the body not to receive enough nutrients or need more ‘fuel’ in the form of food.

Otherwise, hormonal or genetic disorders hinder the signals that usually tell the body its full and they aren’t sent or received. In some cases it can also be caused by psychological disorders or lifestyle choices.

Diabetes affects the way the body processes sugar from food resulting from either lack of sufficient insulin or development of resistance to insulin.

Hypoglycemia (low blood sugar) is an aspect of diabetes where cells remain constantly starved because no matter the amount or type of food one eats, the sugar is not efficiently converted into glucose that provides cells with energy. Hence amongst other side effects one constantly feels hungry.

It caused by an enlarged and overactive thyroid gland. The thyroid is a butterfly shaped gland located in the neck. A failure in the thyroid might result in Polyphagia as it function is to produce hormones which control the rate all organs in the body.

People have different rates of metabolism and hence they feel hungry after different durations. Strenuous physical activity can induce short term polyphagia due to the increased metabolic rate in a bid to increase food consumption and energy supply to the tissues to prevent fatigue.

Pregnant women experience a spike in appetite due to the hormonal changes increased demand for nutrients by the fetus.

Psychological disorders can cause polyphagia as coping mechanism ir due to hormonal changes depending on the root cause. e.g. anxiety, depression or stress

Some drugs stimulate the appetite beyond the usual levels this include antihistamines, anti-depressants, steroids, some diabetic and anti psychotic drugs.

Is a genetic disorder leading malfunction of the hypothalamus and manifests at around age two. It causes polyphagia amongst other symptoms most notably child obesity.

Choice of diet, insomnia, overwork and abuse of drugs that increase metabolism e.g. marijuana could cause polyphagia.

Polyphagia does not often occur without other symptoms. The underlying cause of polyphagia is diagnosed depending on the accompanying symptoms.

Since polyphagia is a symptom of various diseases and disorders, it cannot be treated until the underlying cause is properly diagnosed. A patient is treated for polyphagia in the following manner for the each of the following conditions.

If physicians cannot find the underlying cause of polyphagia, the patient is referred to a mental health expert who finds out if the condition is psychological.

Obesity is the leading complication arising from polyphagia especially in children.

Diseases such cardiac failure or high blood pressure for which obesity is a predisposing factor can also be caused in the long term by polyphagia.

Depression, anxiety, bulimia nervosa and other psychological disorders may arise from polyphagia.