Elephantitis is also known as lymphatic filariasis or elephantiasis in its medical term. The disease condition is observed when there is a problem with the lymphatic system versus its normal drainage function where the lymphatic tissue fluid is not going back into the bloodstream, but it is accumulating within the lower limbs causing the swelling of an affected part.

This is the lymphedema that starts to develop and when this becomes permanent together with its drainage problem, it will end up to the formation of elephantitis as a disease condition in itself.

Elephantiasis is generally characterized by a visible enlargement of the lower limbs; sometimes affecting the scrotum in males and the breasts and the arms of females. There will be a noticeable hardening of the skin as a reaction to an excessive swelling caused by lymphedema.

The clinical manifestations of elephantitis are the following:

The obstruction of the lymph vessels in the lymphatic system is the main cause of elephantiasis because of the lymphedema that ends up with an infection in a person. 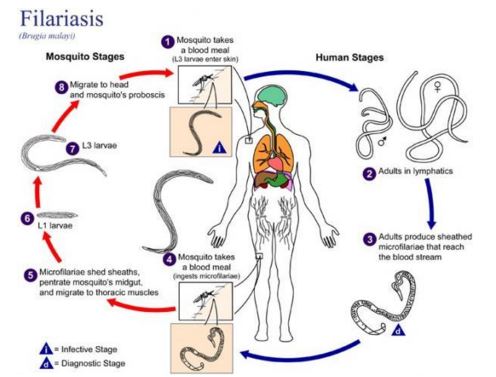 Despite the terms being used interchangeably, elephantiasis can occur even without the presence of an infection especially when a person is having chances to be exposed to certain types of soils.

This is noted when there is a parasitic worm infection called a nematode that is taking its entry into the lymphatic system.

The three worms to cause human infections are the Wuchereria bancrofti specie which accounts for about 90% of the cases of lymphatic filariasis, Brugia malayi specie, or Brugia timori specie.

The immature form of Wuchereria bancrofti is called a larva. This form of an infective larva is being transmitted to humans by the mosquitoe species which are the Anopheles mosquitoe, Aedis specie and the Culex specie.

This can be seen in podoconiosis which is a disease of the lymph vessels  affecting the lower extremities of a person due to its chronic exposure to irritant type of soils and can later on develop to elephantitis.

It is not an infection in itself, but it’s an abnormal inflammatory reaction when walking barefooted on irritant soils over a period of time. It is related with a genetic trait so that not all individuals having in contact with irritant soils can have  podoconiosis.

Other causes of non-filarial elephantiasis can be in the form of genital elephantiasis through cases of donovanosis or lymphogranuloma venereum; cases of leprosy, tuberculosis and some streptococcal infections; and protozoan infection such as leishmaniasis.

Elephantiasis can also develop as a secondary effect due to an existing trauma in the body, as a result of radiation or from surgery.

Elephantitis is diagnosed best by utilizing a thorough clinical evaluation of an affected person, detailed history taking with the patient and the proper identification in the occurrence of symptoms.

Microscopic tests using complete blood count, PCR tests, ELISA tests, cytology, and fingerprick card tests are performed in the laboratory by using blood samples to detect the presence of microscopic parasites and to identify each type.

Another method used is through a lymph node biopsy which facilitates in detecting the actual cause of the infection. X-rays and ultrasound may also help in some cases.  In the absence of a positive test result to confirm a case of filariasis, a person’s geographical location, manifested symptoms and medical history can be used to diagnose a case of podoconiosis.

Medical and surgical measures are used depending on the severity of elephantitis.

Antibiotics are used for infections to resolve bacterial cellulitis

The most effective way to prevent elephantiasis is to practice proper hygienic measures and to seek immediate medical consultation for manifestations of bacterial infections. 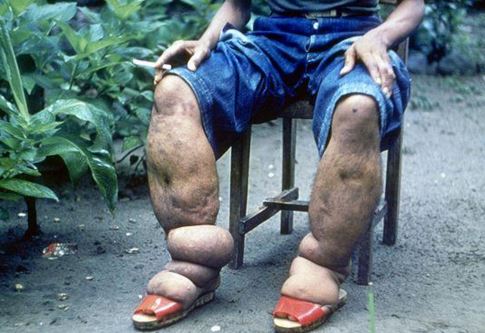 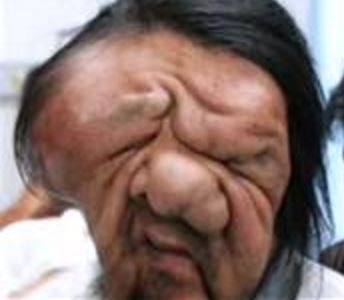